RODA-in is a tool specially designed for producers and archivists to create Submission Information Packages (SIP) ready to be submitted to an Open Archival Information System (OAIS). The tool creates SIPs from files and folders available on the local file system.

In version 2 we revolutionized the way SIPs are created to satisfy the need for mass processing of data. In this version you can create thousands of valid SIPs with just a few clicks, complete with data and metadata.

The tool includes features such as:

This application was part of the RODA project and now has been released as a project by its own due to the increasing interest in its particular functionality. It is now being further developed in the E-ARK project.

RODA-in supports several Submission Information Package formats. At the moment we have included support for:

RODA-in has been successfully tested on:

To use RODA-In you must have Java 8 installed in your operating system. Go ahead, download Java and install it in your system before downloading RODA-in.

Java 8 can be downloaded here.

The latest version of RODA-in is available here.

To use RODA-in no installation is required. You just need to download the latest release of the application and run it by double clicking the downloaded file (*.jar extension). If that doesn’t work, open a console window (or terminal) and creatorOption

The basic workflow of the application is as follows:

To select more than one file/folder you can press SHIFT or CTRL.

The following actions are supported to edit the classification scheme:

In this section you may find a few video tutorials on how to use the RODA-in tool to create Submission Information Packages (SIP). 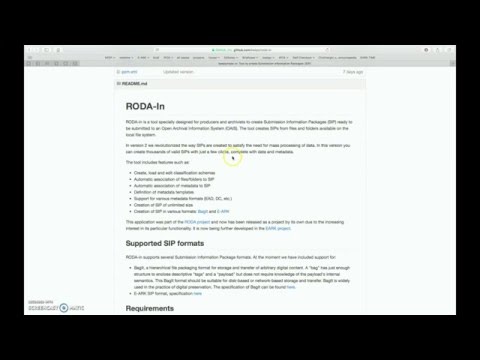 How to create SIPs from local files and folders 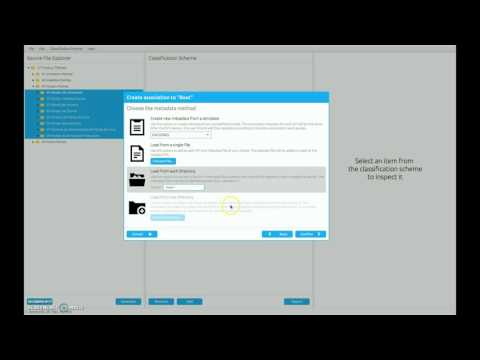 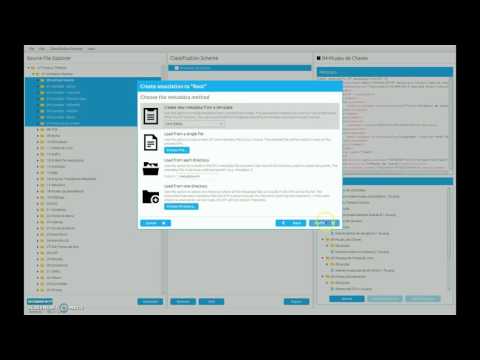 Since it’s tedious to edit the template files by hand, we added a way to create forms based on the fields of the templates. These files are located in the “roda-in” folder (My Documents when using Windows and the user’s home directory if using Unix), under the “templates” folder. Using the powerful Handlebars engine, anyone can create template files with the necessary information to create the form. In addition to a simple tag, (e.g. ), we can now add options which will modify the way each field is created. These options are key-value elements, e.g. title="SIP creation using RODA-in", where the key is the name of the option and the value is the value that will be given to that option. Only the first tag should have options, i.e., if there’s two tags with the same name, the options of the second are ignored. The options are not required, the form is still created with a simple tag, which creates a simple text field.

The available options that alter the fields created for each tag are:

The following is an example of how the tags can be used:

How to build from source

That’s it! Binaries will be on the target folder. To run the application just double click on the file or run the following command on the console/terminal:

RODA-in uses TestFX to execute tests using the user interface. TestFX needs full control of the mouse and keyboard when running the tests, so you won’t be able to use them. In order to make the tests run in the headless mode (so that they can run in the background) follow these steps:

How do I change the default metadata that is added to SIPs?

Metadata templates exist under the folder “roda-in” in your home directory (“Documents” for Windows users). Open the files with your favourite text editor and make sure they remain valid XML files acording to the provided schemas.

Got error “java.lang.OutOfMemoryError: Java heap space”. What do I do?

The application might need more memory than what is available by default (normally 64MB). To increase the available memory use the -Xmx option. For example, the following command will increase the heap size to 3 GB.

The application needs enough memory to put the file structure definition in memory (not the data).

Maven is required to build RODA-in.

To increase the changes of you code being accepted and merged into RODA source here’s a checklist of things to go over before submitting a contribution. For example:

To help make RODA-in better you can translate it to your language.

RODA-in uses Transifex, a localization platform, and you can find the project here. If you don’t know how to use Transifex, check out these instructions, it’s really easy and simple.